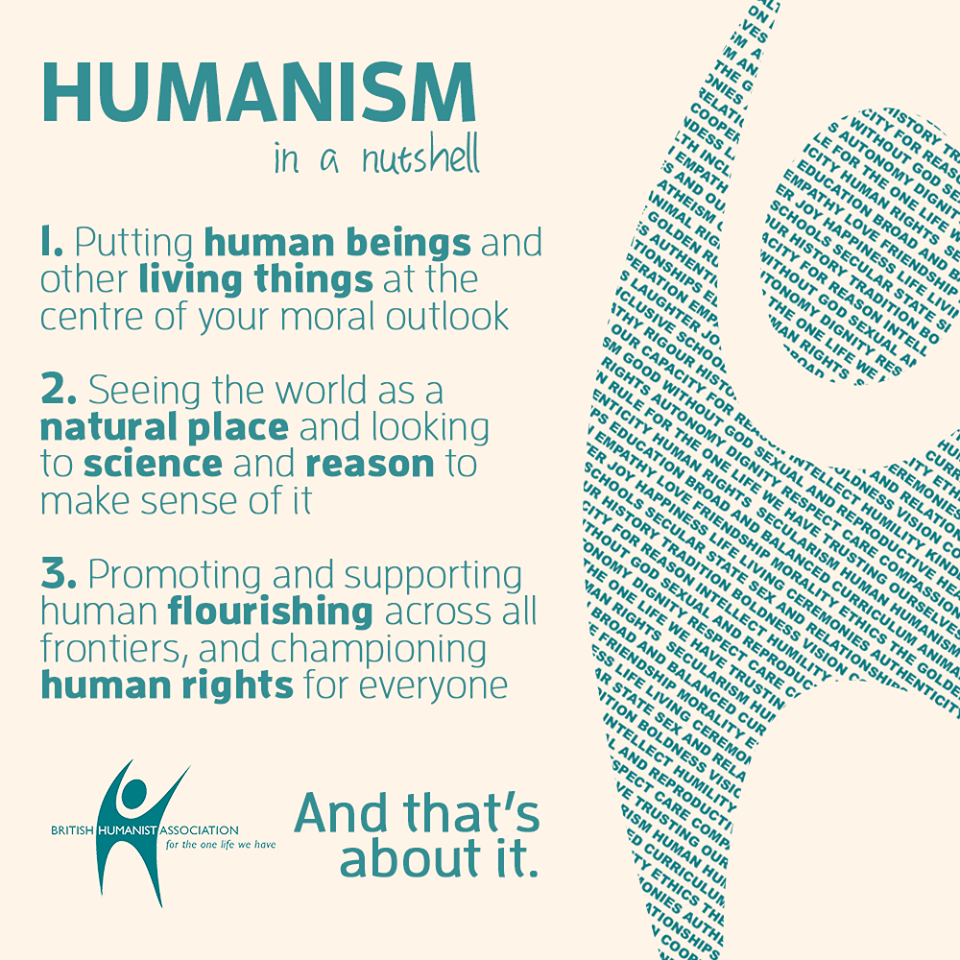 Throughout recorded history there have been non-religious people who have believed that this life is the only life we have, that the universe is a natural phenomenon with no supernatural side, and that we can live ethical and fulfilling lives on the basis of reason and humanity. They have trusted to the scientific method, evidence, and reason to discover truths about the universe and have placed human welfare and happiness at the centre of their ethical decision making.

Today, people who share these beliefs and values are called humanists and this combination of attitudes is called Humanism.

Roughly speaking, the word humanist has come to mean someone who:

However, definitions abound and there are longer and shorter versions. The fullest definition to have a measure of international agreement is contained in the 2002 Amsterdam Declaration of the International humanist and Ethical Union.

…a commitment to the perspective, interests and centrality of human persons; a belief in reason and autonomy as foundational aspects of human existence; a belief that reason, scepticism and the scientific method are the only appropriate instruments for discovering truth and structuring the human community; a belief that the foundations for ethics and society are to be found in autonomy and moral equality…